The Wishart family has been serving the legal needs of Southern California residents for more than three decades. Brett’s father, Barry J. Wishart Esq., began practicing family law in 1981. Barry J. Wishart and attorney E. Jane Garland, both former teachers, practiced together for more than twenty six years. They founded the “Law Offices of Wishart & Garland”, which was located in Brea, California.

In 2001, after being offered a substantial scholarship to attend Western State University College of Law, which is located in Fullerton, California, Brett commenced law school near his father’s office in Brea. All three years of law school, he continued to work as a law clerk for his father. In 2004, Brett graduated from Western State University College of Law, with Honors in Scholarly Merit.

In 2005, Brett R. Wishart was admitted to the bar in the State of California. Immediately thereafter, he became an associate attorney at Wishart & Garland. Within a few years, Brett became the firm’s senior trial attorney and he handled the majority of the firm’s litigation case load. Brett personally tried hundreds of contested cases involving a variety of complex family law matters. He also trained and supervised several other associate attorneys and legal assistants.

In 2007, by invitation from several senior family law practitioners and Judicial Officers of the Orange County Superior Court, Brett R. Wishart was nominated and subsequently elected as a Member-at-Large to the Orange County Bar Association Family Law Section. At that time, he was the only attorney representative on the panel who was “Under 5 Years” of practice. In 2008, Brett R. Wishart was again nominated and again elected to the same position.

In 2011, Brett’s younger brother, Benjamin S. Wishart, was admitted to the bar and began working together with his father and brother.

In 2014, Brett established his own family law practice “The Law Offices of Brett R. Wishart” and opened an office located in Irvine, California. Office manager and legal assistant, Holly Quintana, has joined Brett’s team. In June 2014, Brett was named as one of OC Metro’s Top Attorneys in Orange County.

Our law practice is centrally located in Orange County, and is just off the 5, 405 and 133 freeways, in the Irvine Spectrum area. Brett’s brother and father continue to maintain an office in Brea.

As an attorney, Brett R. Wishart has extensive knowledge and experience in family law. He has conducted numerous trials, contested hearings, depositions, settlement conferences and various other legal services for hundreds of individuals. Brett has lectured as a guest speaker at functions connected with Western State University College of Law. He has published several articles on family law issues and helped organize continuing legal education (CLE) seminars in the area of family law. Brett is a featured “Expert” of the “Divorce Support Center”, divorcesupportcenter.org, a non profit organization, and is a member of the J. Reuben Clark Law Society and the Orange County Bar Association, Family Law Section. Mr. Wishart is an Eagle Scout.

Attorney Brett R. Wishart’s reputation and style of practice is best characterized as honest, professional, compassionate, and hard working. He sincerely cares about each of his clients and their families. He is currently accepting cases in Orange, Riverside, San Bernardino and Los Angeles Counties. 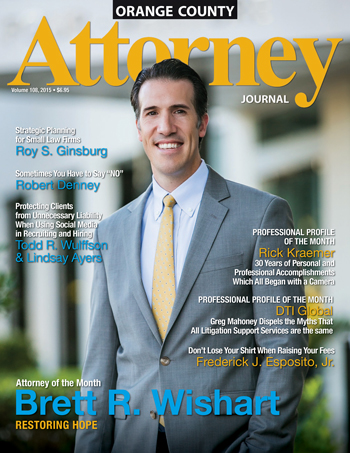 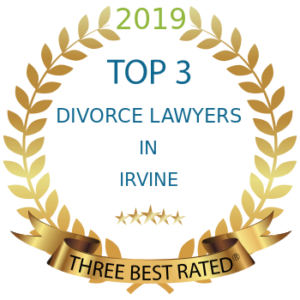 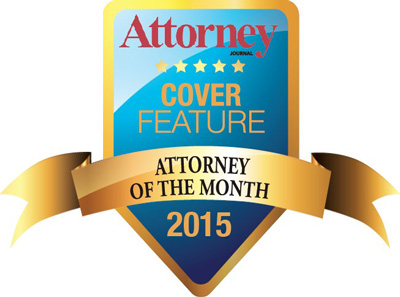 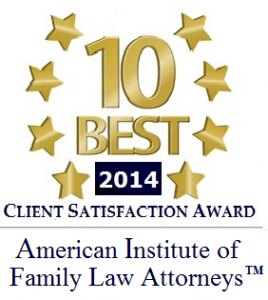 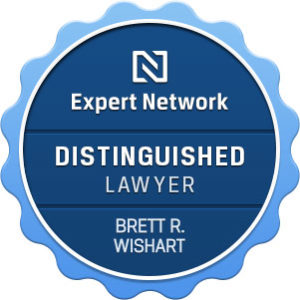 View more FAQ on this subject